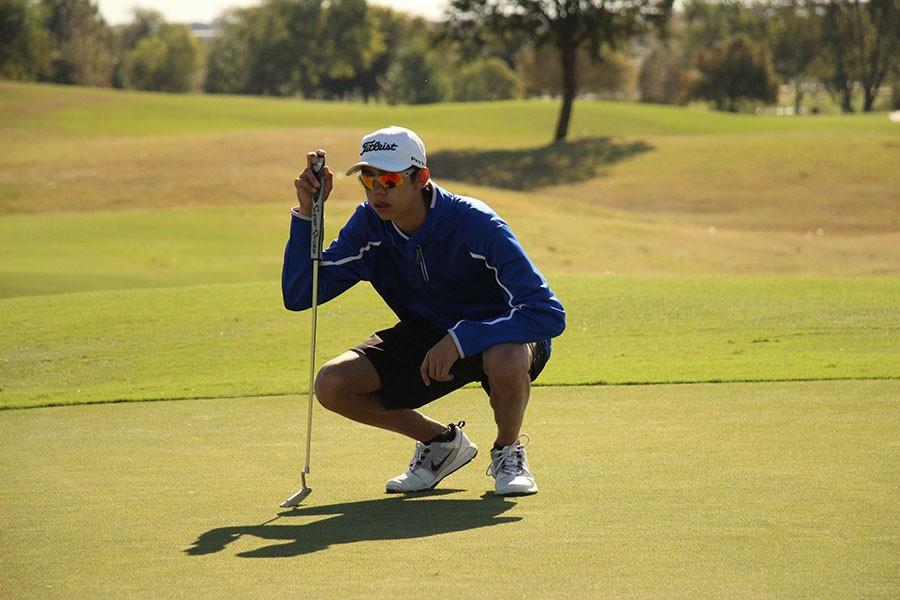 Sophomore Brock Cantu gets ready to put for the Lions. The last meet was played at the Wolfdancer and ColoVista golf courses.

“It’s been a really nice month for me and the team,” Palmer said. “I was proud to place at Star Ranch, especially in the high winds.”

Palmer shot in 25 mile an hours winds and still managed to place, even among 125 other competitors.

“The wind just adds an extra challenge,” Palmer said. “It’s definitely harder but it also adds a fun twist to the game.”

“I’m proud of my performance even though I didn’t place,” Lindsey said. “It’s my first month competing so I expect to grow in my performance.”

The girls team scored third as a team, the only golf team to score as a team this month. Team members include sophomores Sabrina Stafin, Julia Ouchie, Beth Taylor and Sydney Jass.

“It felt great to place at the Llano tournament,” Taylor said. “We had to compete against 15 other high schools. It was hard, but well worth the results.”