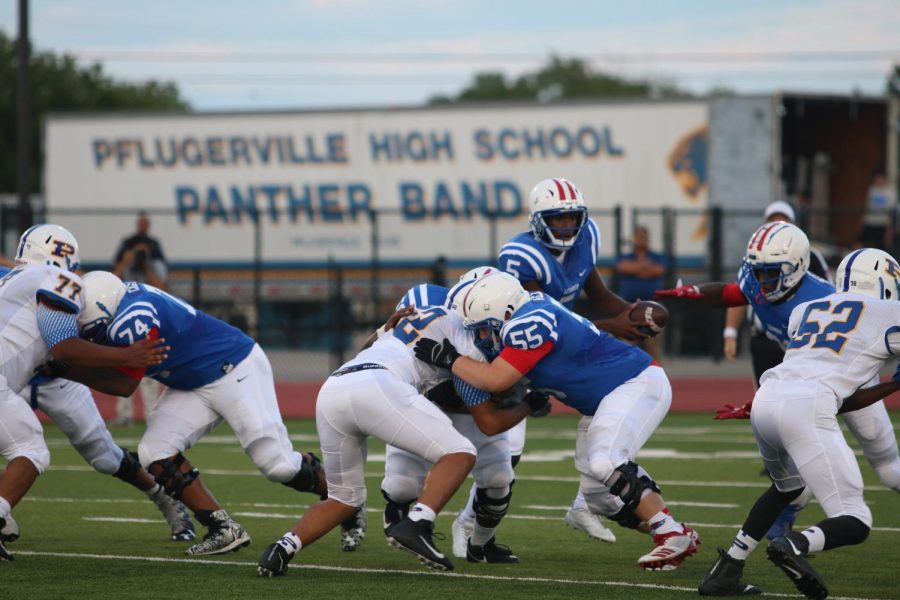 The Leander Lions suffered a 20-37 loss over the Pflugerville Panthers. in the first home game of the season.

“We played hard but [the Panthers] were a good team,” junior Eli Gehman said. “There were a lot of mistakes that we need to fix, but we played to the best of our abilities.”

“Some of the flags were drive-killers,” senior Eric Locust said. “We have to be more disciplined if we want to win [any] games and flags aren’t going to help us.”

The Panthers came out strong in the second half with a single touchdown over the Lions.  The Lions attempted a comeback with two rushing scores by Carter and junior Xavier Dotson. This effort proved futile as the Panthers ended the game with a 17 point lead.

“As long as we practice hard this week, that will reflect the result of the next game,” Gehman said.

The Lions will next play against the Stony Point Tigers on September 14 at 7 pm. The game will be at Bible Stadium and will be a red-out.