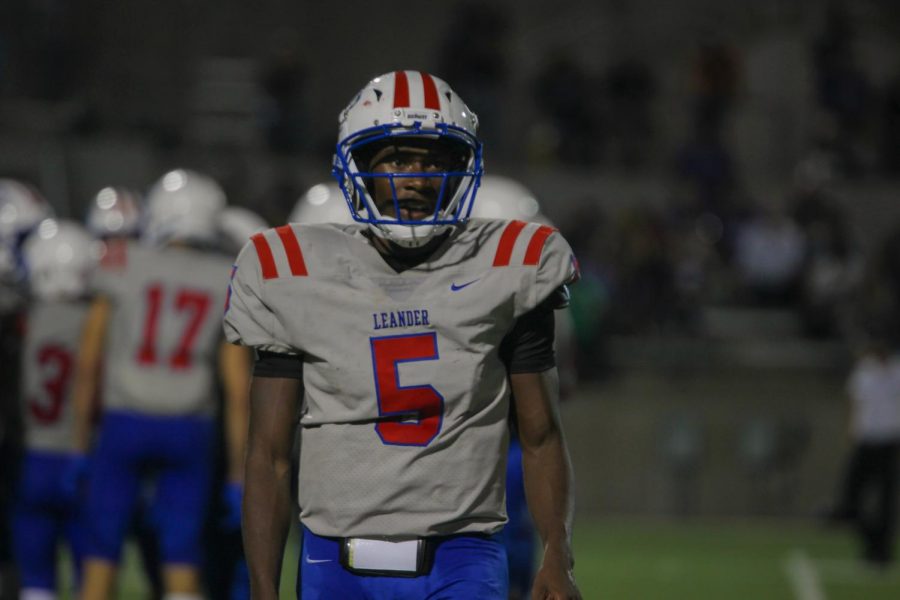 The Leander Lions lost their third game of the season 21-63 against the Cedar Ridge Raiders.

“Cedar Ridge has a pretty good all-around team with division 1 athletes,” senior Bryan Puckett said. “I was proud of how hard we battled against that type of team.”

The Lions opened the game strong with their first drive ending in a touchdown and a forced fumble by the defense on the Raider’s opening possession. After that the Raiders scored 2 touchdowns to end the first quarter 7-14. The Raiders scored 21 points in the second quarter with the Lions unable to answer any of these points. The Lions ended the first half down 7-35.

“I feel like we couldn’t execute on offense and defense,” junior Evan Smith said. “We want to keep the ball out of the opponent’s hands for as long as possible.”

The Raiders came out in the second half strong with 2 long run touchdowns giving them a comfortable 7-49 lead. The Lions recovered a fumble and scored another touchdown by junior Xavier Dotson to cut the lead 14-49. The Raiders came back and scored to end the third quarter winning 14-56. On the first play on the fourth quarter, senior Rashad Carter ran the ball into the end zone to put the score at 21-56. The Raiders scored on their next drive and ended the game 21-63.

“We have a good game plan for our next game against Hendrickson,” Puckett said. “They have more talented players than Cedar Ridge, so we have to be ready.”

The Lions have now lost three games in a row and will attempt to bounce back in their next game against the Hendrickson Hawks on September 28th at Bible Stadium. Tickets for adults and students are $8.