You Win Some, You Lose Some

The Lady Lions played against the Marble Falls Lady Mustangs and the Vista Ridge Lady Rangers. 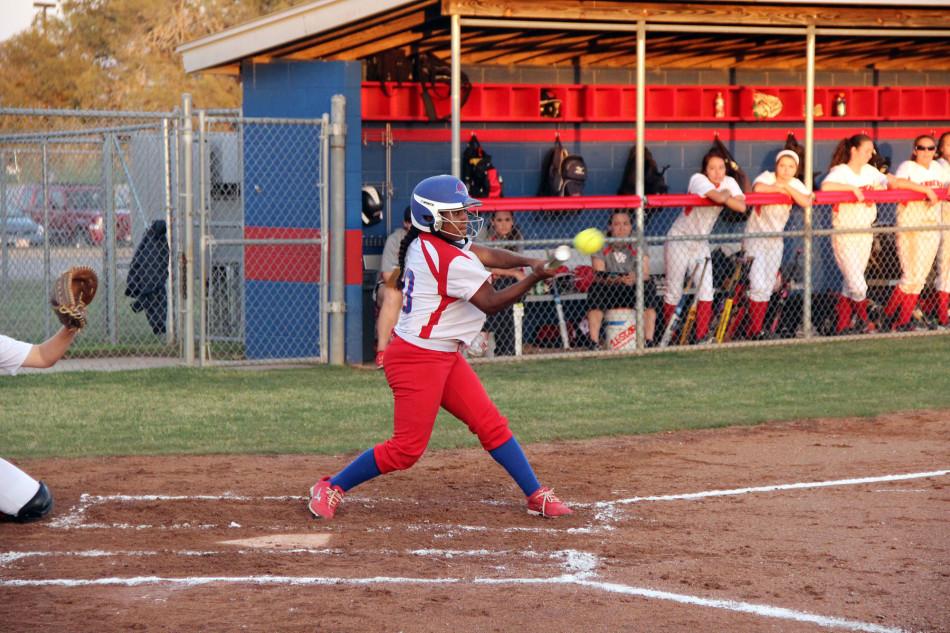 The Lady Lions fought hard this past Friday night, but unfortunately experienced another close loss against the Vista Ridge Lady Rangers by one point. This is the teams second loss of the season putting their record at 6 wins and 2 losses. It’s not all bad news though. The girls played hard in their game against the Marble Falls Lady Mustangs on March 25th and walked away with an 8-0 victory.

“We knew we shouldn’t have dropped the first one and it lit a fire under us to come out  and take care of business second round,” sophomore Hailey Mackay said about the teams victory against the Marble Falls Lady Mustangs.

Despite their progress as a team, losses are unfortunately an inevitable part of playing a sport. Even through the losses it is important to maintain a good team atmosphere.

“We really learned how to fight together because it was a really hard loss,” Mackay said. “I told Shelby, before she went up to bat that we should do it as a team and do it together, no one had to be hero.”

The game against Vista Ridge was a close game that resulted in  a loss. The fight was hard and long for the Lady Lions but they were able to finish strong.

“We finally decided to score in the 7th inning and we got a new fire, a new kick I guess when we realized that we had to score before the game was over.”

Losing is tough for any team but the Lady Lions were able to grow through the experience and will continue to fight the end of the season and hopefully post season. They have another game this coming Friday, April 4 at the Leander softball fields. Come out and show your support to our girls.