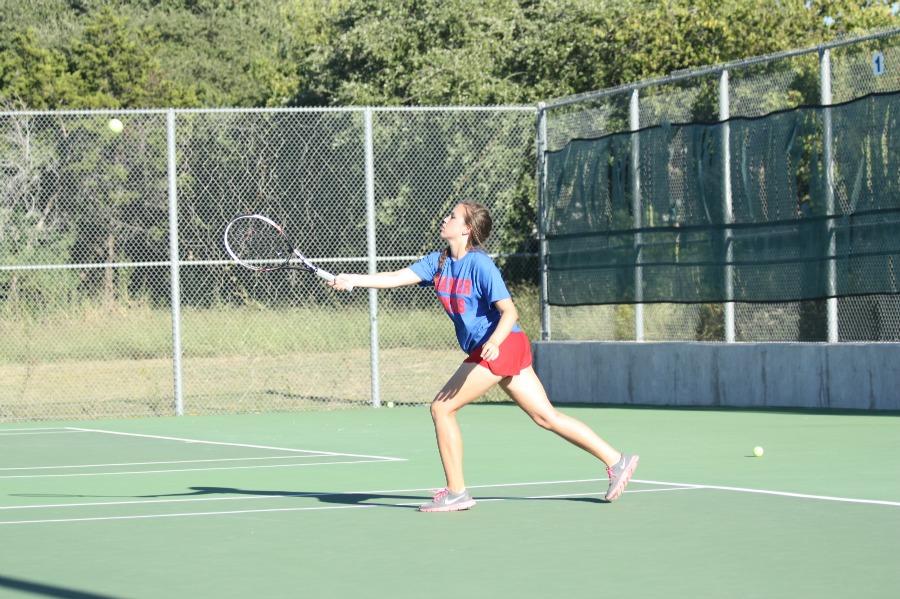 Junior Varsity Tennis traveled to the Georgetown tournament this past week. Leander had a few players go to the final rounds in the tournament when they faced off against multiple teams.

“Abby is getting better and better,” said Kempinger about her doubles partner Parker. “I improve myself,  but not as much as Abby did.”

Boys-Doubles faced a tough match when juniors Conner Evans and Parker McCoy came up short against Rarangol and Huey in the first round, and also came up short in the consolation against Hyde Park 6-3.

Overall in my mind I thought we were going to do pretty good between school which we did. We had some awesome matches and overall pretty great gameplay,” said Costa.

“I’ve improved myself, I don’t know how the others did, but it was fun,” said Kempinger.

“I’m preparing for this Thursday tournaments by really getting out there on the courts and working on my weak points on my strategy in my gameplay,” said Costa. “And definitely some warm clothes for the morning matches.”