Lions send Vikings back to their ship

Tennis team obtains their first victory of the new season 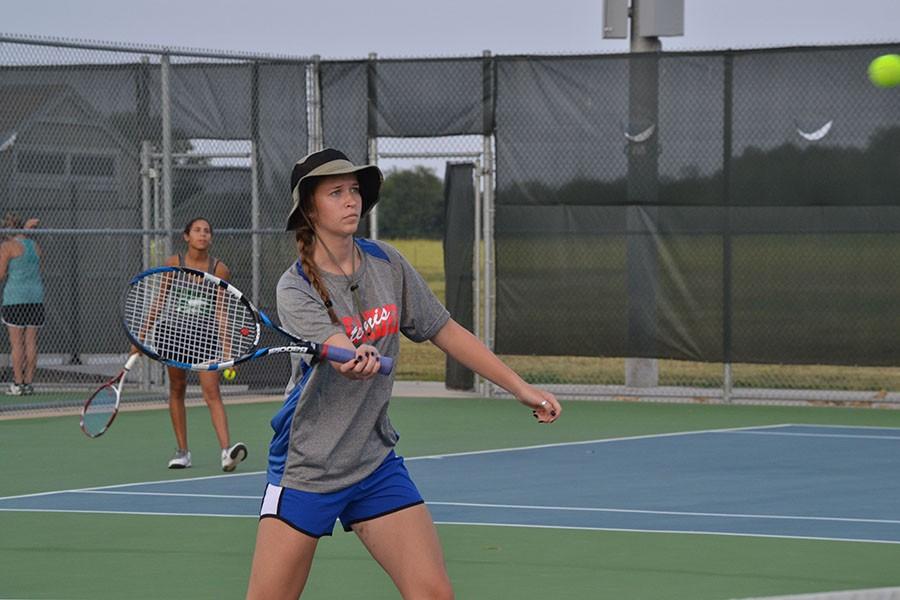 Madison Flesner hitting a tennis ball back to the opposing side. They would win 8-2.

The tennis team starts their second season strong with a 8-2 victory against the Lago Vista Vikings. Senior Adhithya Balaji explained how they got this favorable outcome. He was a part of the doubles play, the pairs earning the team five matches of the five.

“I think just our team has more experienced players than Lago Vista, so we had an advantage this match,” Balaji said. “It feels pretty good to have an easy match in the beginning of the season.”

Balaji also explained how they were able to stay in shape in between this season and the last.

“We stayed in shape with some aerobic conditioning like running and yoga and we lift weights once a week,” Balaji said. “We also have daily tennis practice.”

Junior Alexandra Nandin gave her thoughts on the first victory of the season. The girl’s singles won one out of three of their matches.

“It feels very hopeful and relieving to start off on a strong note,” Nandin said. “This victory was earned by playing with everything we had, and having a strong mindset.”

Nandin also thought their was still room for improvement among the victory they achieved.

“Room for improvement can be found in the consistent execution of our shots.” Nandin said.

The tennis team will be facing off against Taylor High School at the home tennis courts at 4:00.