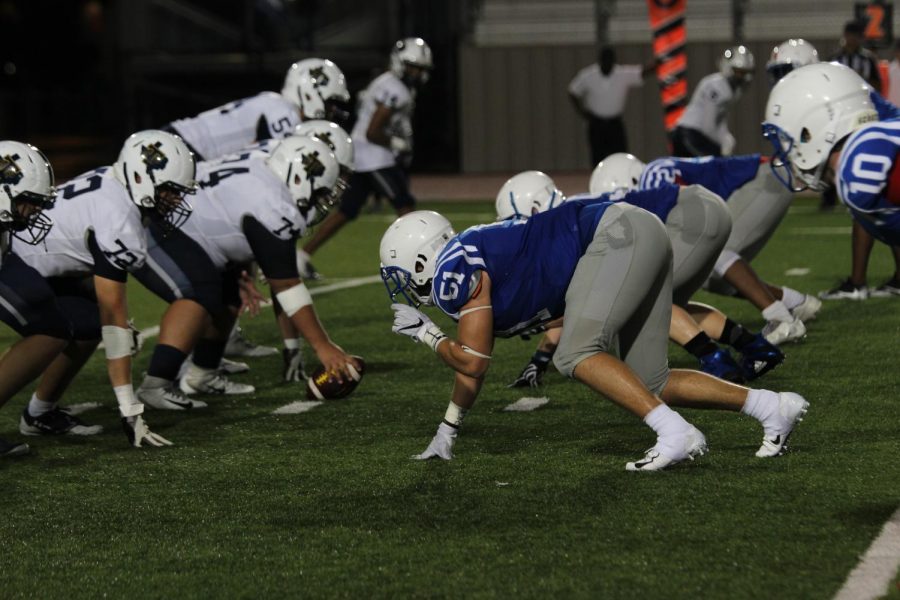 The Leander Lions lost the second home game of the season against the Stony Point Tigers with a final score of 9-33.

“The game plan going into the game was to win and control the ball as long as we could,” junior Xavier Dotson said.

The Lions were unable to answer the Tiger’s 7-point lead throughout the first quarter. The Lions offense struggled to gain any yards, while the defense was unable to stop the Tigers attacks. By the end of the first half, the Lions were held scoreless and down 13-0.

“We weren’t nearly as productive as we strive to be during practice,” senior Riley Wells said. “Overall we didn’t have the ball enough to grind the clock which makes it harder on our defense to get stops.”

Dotson managed to score a touchdown during the third quarter in an attempt to gain momentum for the Lions. The Tigers came back with their own scoring drive and took a commanding lead. Eli Gehman hit a field goal in an attempt to even the score, but it was too much too late. The game ended with a 24 point loss for the Lions.

“I feel pretty confident about my productivity in the offense,” Dotson said. “I’m used as a decoy to trick the defense and set up the outside run for my teammates.”

The Lions are now 1-2 on the season with two losses in a row. The Lions will try to bounce back against the Cedar Ridge Raiders on September 21st at 7 pm at Cedar Ridge.