Volleyball team looks to bounce back against Georgetown 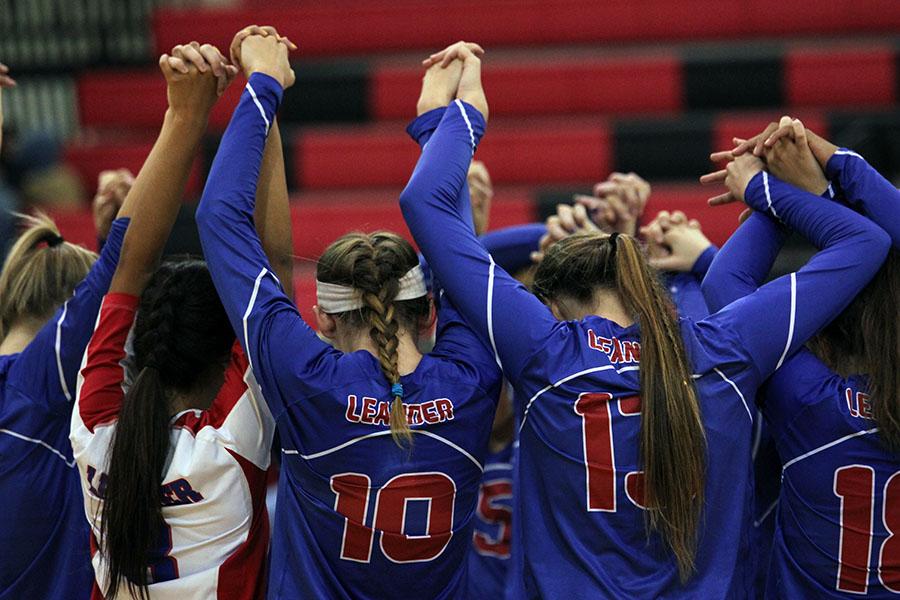 The Lady Lions huddle up during a game

This season has proven a tough one, as the Lady Lions have struggled to secure a win in almost all of their games except for the game against Marble Falls last month. The girls won all three matches with an average score of 25-12.

In the classic rivalry, the Lady Lions have won 1-10 in the past 10 years the two teams have played.

Unfortunately, the Lady Lions were not able to secure a victory for any of the 3 sets that were played.

A few of the ladies gave an outstanding performance.

Senior Autumn Lockley had 13 kills (an attack that results in an immediate point or side out), 3 aces (a serve that is not passable and results immediately in a point) and 8 digs (passing a spiked or rapidly hit ball).

Junior Anna Gallagher had 3 blocks (a defensive play by one or more players meant to deflect a spiked ball back to the hitter’s court), and senior Callie Prather had 13 assists (passing or setting the ball to a teammate who attacks the ball for a kill).

The Lady Lions will play their next game against the Georgetown Lady Eagles tonight at 6:30 pm. Come out and support your Lady Lions!