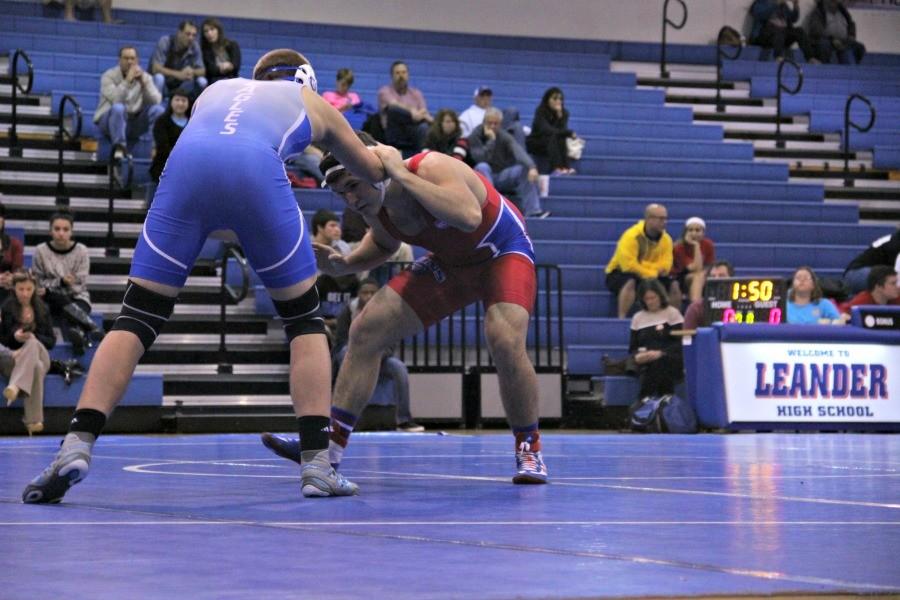 Following the district meet at Vandegrift on February 5, sophomore Zeke Garcia and junior Gabe Warren qualified for regionals. Garcia placed 2nd at the district competition and his season record is 18-6; he also leads the team in the most takedowns, escapes, pins and victories.  Warren placed 4th in district.

Ekeira McKinney also placed at the district competition. So far, McKinney is 1 and 1 and competes in the 95 lb weight category. McKinney placed 2nd and will also be advancing to regionals.

“I think I could have tried better, but I was tired,” McKinney said. “I feel good about regionals. I know it’s going to be a lot of competition but I’ve been practicing everyday and I’m ready.”

On February 13, Garcia, Warren and McKinney will all compete in the regional competition.

The JV team had a great season as well and finished 4th overall at the district competition.

Some other notable stats from this season are:

JV junior Chijioke Eguzo finished the year with 1st place at both the Vandegrift Tournament and the Cedar Park tournament and also won district champion.