An amazing continuation of a beloved series

Harry Potter and the Cursed Child exceeded expectations and more 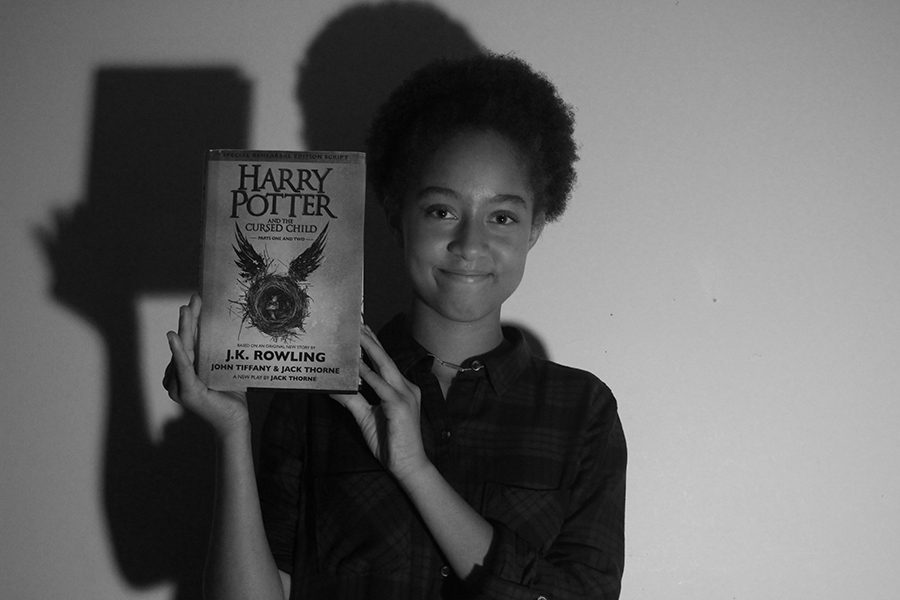 The new Harry Potter book was more than just a fan-fiction. It brought back memories and gave life to the story.

Growing up, I wasn’t allowed to watch or read anything related to Harry Potter. My mother found it’s connection to the dark arts a bit disturbing, and forbade me from taking part of a ‘magical’ point in time. Imagine my surprise when, at one Christmas, I was presented with blu ray editions of all eight of the Harry Potter movies.

The world of Hogwarts pulled me in and made me fall in love, and soon thereafter I began avidly reading the series. I followed the stories of Ron, Harry, and Hermione and their escapades, and when I had turned the final page of The Deathly Hallows, I wanted more. I wondered what their futures would amount to, but accepted that I probably wouldn’t know, as nothing had been published for over 6 years at the time. I, like so many other Harry Potter fans, simply created my own future for the characters I had put so much time into getting to know. Then it was announced that a play would be debuted sometime in 2016, showing what the novelised world of wizardry had become, and I was surprisingly wary.

I knew the script wasn’t written by J.K Rowling, and I felt that no one but her could capture the spirit of the magical world she had meticulously created. Still, I kept up to date on the production, and was overjoyed when I discovered that a novelized version of the rehearsal script would be released. Written by Rowling or not, I had always wanted to know the future of the golden trio, and almost immediately nabbed a copy to read. I was awestruck. Jack Thorne, the playwright, took the futures of the characters and made it heartbreakingly realistic.

The resentment Albus, Harry Potter’s second son, feels towards his father strikes a chord with anyone forced to live in the shadow of their parent or sibling when they don’t quite live up to the expectations. We get to see how the boy-who-lived doesn’t have a life as perfect as he would like it to be, riddled with the stress of being famous and the guilt of pushing that fame and expectation onto his children.

We also get to see the hardships that Draco, one of the beautifully written antagonists of the original series, has to endure as the choices he made come back to haunt his child, Scorpius. Harry too, grapples with the past and forgiving those who claimed to love him, but ultimately made him make decisions no child should have to. Each character’s storyline is honest and accurate, as Thorne brings real life familial issues into a magical world that perhaps isn’t so wonderful.

My original wariness was proven unwarranted, as Thorne was able to brilliantly capture the spirits of every character I had grown enamored with so many years ago. It is more than a ‘fan fic’ as many people have complained, but rather a unique, grounded lens to view the world of Harry Potter through.