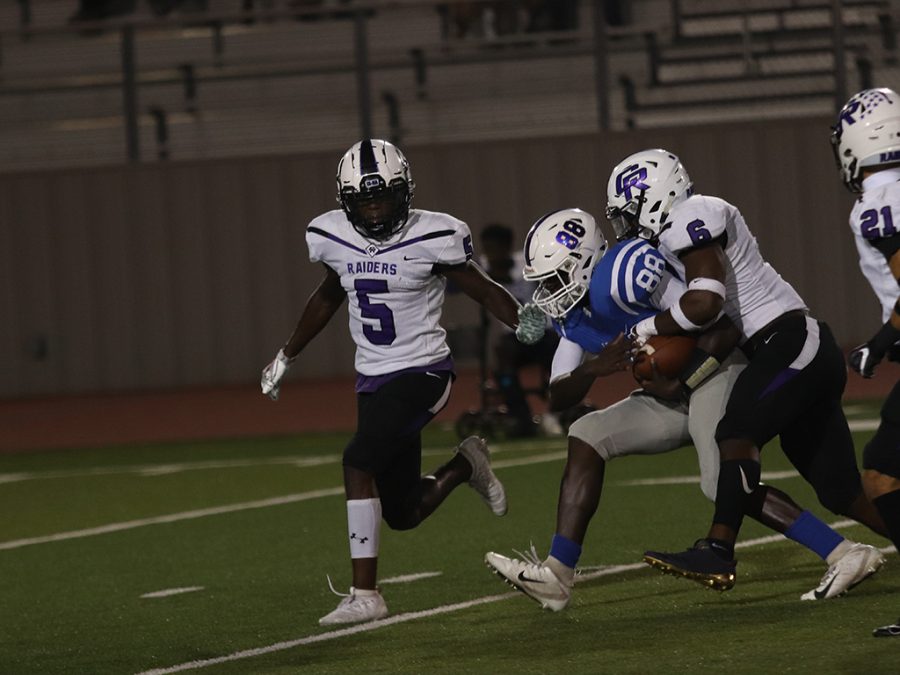 On Sept. 20, senior Keon Leonard runs with the ball while getting tackled by a Cedar Ridge Raider.

On Friday, Sept. 20, the varsity football team lost to Cedar Ridge Raiders 27-49 at home. This put the Lions 0-4 for the season so far.

“Our offense played hard and put as many points on the board as they could,” senior starting inside linebacker Evan Smith (#44) said. “The defense had some troubles due to injuries that occurred the week before. The defense allowed three back-to-back one-play drives which killed our momentum. If you take away just two of those one-play drives, the ballgame would’ve been very different.”

The Raiders scored the first touchdown and were up in the first quarter 21-7. The score at halftime was 35-13. The Lions put some more points up but not enough to pull off a win.

“The loss made me feel very upset because I know our team is capable of winning,” Smith said. “I also felt like as a team we did improve from the week before but I’m very disappointed in myself because I know I could’ve done better. I hope next week I make fewer mistakes and obviously to take home a much-needed victory.”

The Lions will face the Hendrickson Hawks on Friday, Sept. 27 at the Pfield in Pflugerville at 7 p.m.