Mrs.Bey and how she brought the world into the classroom. 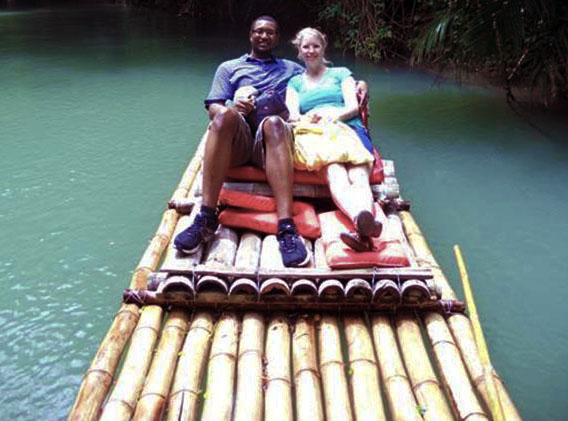 Mrs. Bey and Mr. Bey on their river tour while visiting Jamaica. The person taking the photo was the tour guide that told them about the troubles in the social life of the Jamaican people.

Steaming hot food. Breathtaking scenery. She has walked the mountains of an island in the Philippines. She has explored the rivers in Jamaica. Now, for her latest adventure, she has moved to Leander, Texas to teach history.

Mrs. Bey has been a teacher for 10 years. Within those years she has visited five different countries with her husband. Every time she went to a different country, she found a way to bring it back to help herself improve her connection to the places she was teaching about. She has taught economics, AP/regular US history and AP/regular world history. In 2010, she went to the Philippines with her husband.

“In the Philippines I was teaching world history,” Mrs. Bey said. “I met a lot of indigenous people on the island, but then I found out they had never even left that island. The price to get off the island was just six American dollars, but to these people that was everything to them to survive. Six dollars to an American is a burger, but to these people it was getting off this island.”

Her reflections traveled with her to the classroom in pictures and stories. Her next journey took her to China. The food, people and culture made her and her husband wish to go back in the future.

This adventure has been a wild ride.”

“I went to China in 2011,” Mrs. Bey said. “I was teaching U.S. history and world history. In class we would talk about China and I would show pictures that I had taken. Sometimes I would even teach them phrases. Everywhere we went was Americanized, so the food was just no good. When we were in Chung Hi, we finally got to go on our own away from the tour. We went to this restaurant in a basement, a hot pot restaurant. It’s a big bowl where you put noodles in and your vegetables and meats and seasonings. It was only $5.00 in American money. A sign was outside of the restaurant and it said ‘do not tip, we do this because we love it’.”

A year later, she went on another trip to Jamaica, where the food was also amazing to her. In world history curricula, Jamaica is not discussed much, but she brought it into the classroom to talk about their politics and government structure.

“When I went to Jamaica I was teaching U.S. history and World History,” Mrs. Bey said. “Our tour guide was an older man. He was standing on the boat with a long bamboo pole and bare feet. I can’t remember his name, but he was talking about how they had no welfare system in Jamaica. If you were hungry the government wouldn’t feed you; you had to learn how to fish. If you didn’t have a house the government wouldn’t house you; you would have to find cardboard boxes and put them together.”

Currently, she teaches AP U.S. history, AP government and government. Before coming to Leander, her family lived in San Antonio, but she needed a change of pace, a new adventure.

“This adventure has been a wild ride,” Mrs. Bey said. “We are getting a new house, new jobs, new everything. It hasn’t been bad though, just wild. I’m an adventure junkie and this has been a great adventure. That is why I chose this school. I liked everything that it had to offer. I had gone to the website and saw what this school was about and it just made me really excited.” 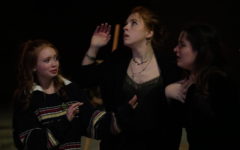 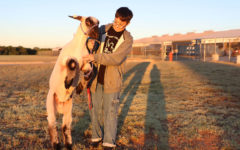 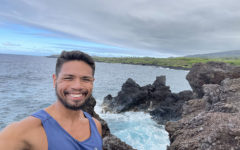 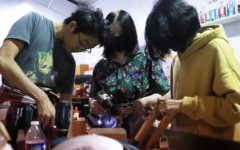 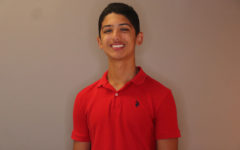