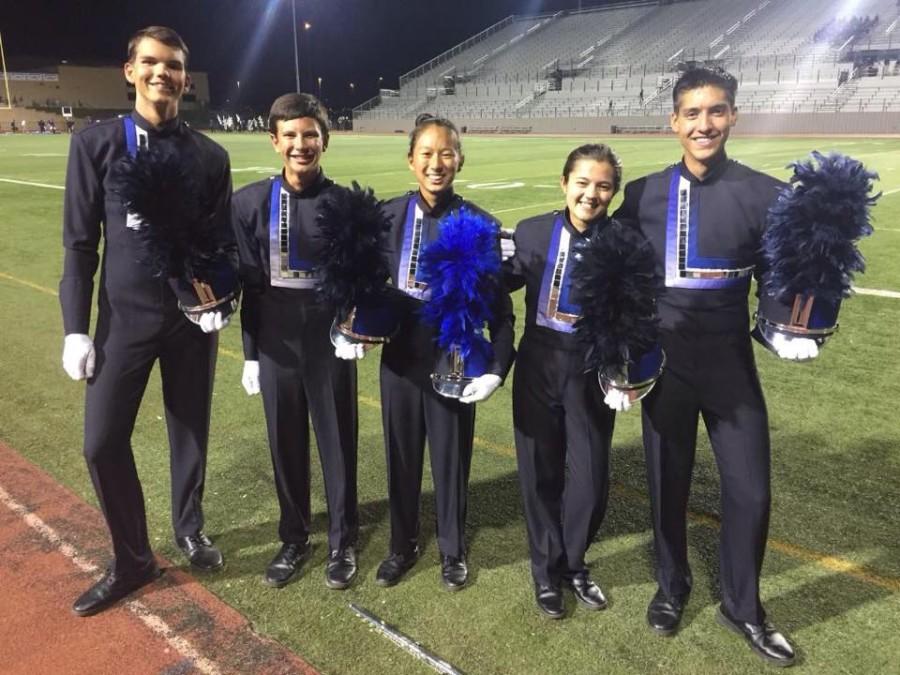 The marching band season has come to an end, and it was an exciting year year for the students, thanks to not only the directors but the drum majors as well, the five of them conducting and leading the band toward greatness.

Senior Taylor Pirtle shares her story of why she wanted to pursue this position in the first place. This was her first year as a drum major.

“I used to dream about being a drum major my freshman year quite a lot,” Pirtle said. “As time went on I got a little discouraged and didn’t think I’d ever get chosen to be one, but during my junior year I regained some confidence and decided to give it my all when I tried out and luckily it worked out for me.”

Her favorite part of the show “Choral Works” happened when the entire band turned around and played the first big “hit” of the show.

“It never failed to make me smile when I listened to all the passion built into the music at that moment,” Pirtle said. “It’s so fun to watch the band be successful and know that I was a part of the team that helped guide them to their success this year.”

Senior Tristen Banuelos has been a drum major for the past two years.

“Being a drum major is the best thing that ever happened to me,” Banuelos said. “There was never a moment that wasn’t difficult but that’s what makes the position so unique; it challenges the very basis of who you are by alienating your weaknesses but illuminating your strengths.”

There was never a moment that wasn’t difficult but that’s what makes the position so unique; it challenges the very basis of who you are by alienating your weaknesses but illuminating your strengths.”

Senior Lilian Pham could not believe she would ever be in the role of drum major. Through her four years in high school, this is the only year she has been one.

“I didn’t think I would ever become one until I got up on the podium for my audition and everything felt right in that moment,” Pham said. “Being a drum major was probably one of the most rewarding things that I had done in band. I really like it because it’s a good feeling to help out the band a lot behind the scenes.”

For senior Caleb Greenstreet, the experience was memorable from start to finish.

“It was absolutely daunting,” Greenstreet said. “I remember after the first day of band camp I was legitimately nervous about the rest of the season, but luckily it got easier and easier. I am very satisfied with how I led and especially how the rest of my team led. I love those guys so much and they are excellent musicians, students and leaders.”